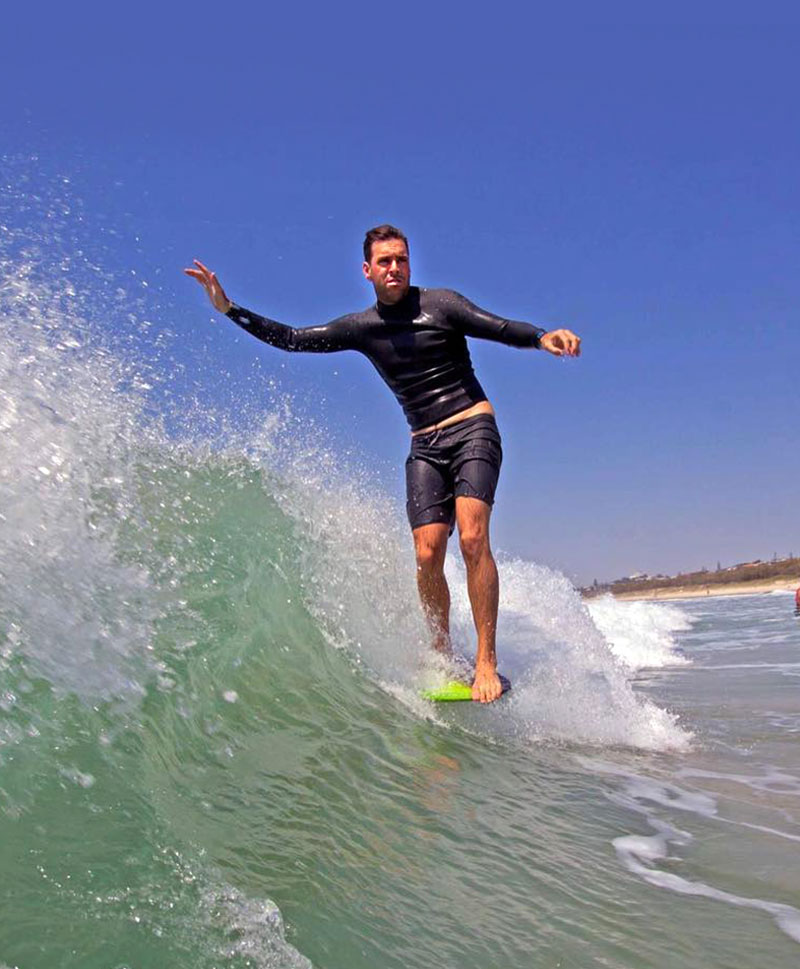 Born & bred on the doorstep of Noosa National Park & its famed surfing points, Josh grew up eating sand and playing on the shore as his dad Ben surfed. By the time he was walking, he was out in the lineup with his old man. When he was 10 he was competing in local junior boardriders events. As a teenager he began doing the rounds of the Junior Shortboard Series along side Fanning, Parko & Durbo. But it was on a family holiday in Byron Bay in his early teens where he discovered longboarding and his future was mapped out. Soon after first picking up a longboard he began to juggle competing in shortboard & longboard events.

His family joined the Noosa Malibu Club during the early 90's. It was a tight knit group of local families with contests, barbeques, and parties being the norm. Josh always prided himself as an active Noosa Malibu Club member and his success & dedication to the club was rewarded when he was made a life member of the NMC in 2009.

Josh's focus was always on winning events and it wasn't long before he was living out his dream. Josh began competing professionally at a young age of 15 on the Australian Professional Longboard Circuit, with amazing results. In only his first year he qualified to represent Australia, at the Oxbow World Longboard Championships, in Hawaii. 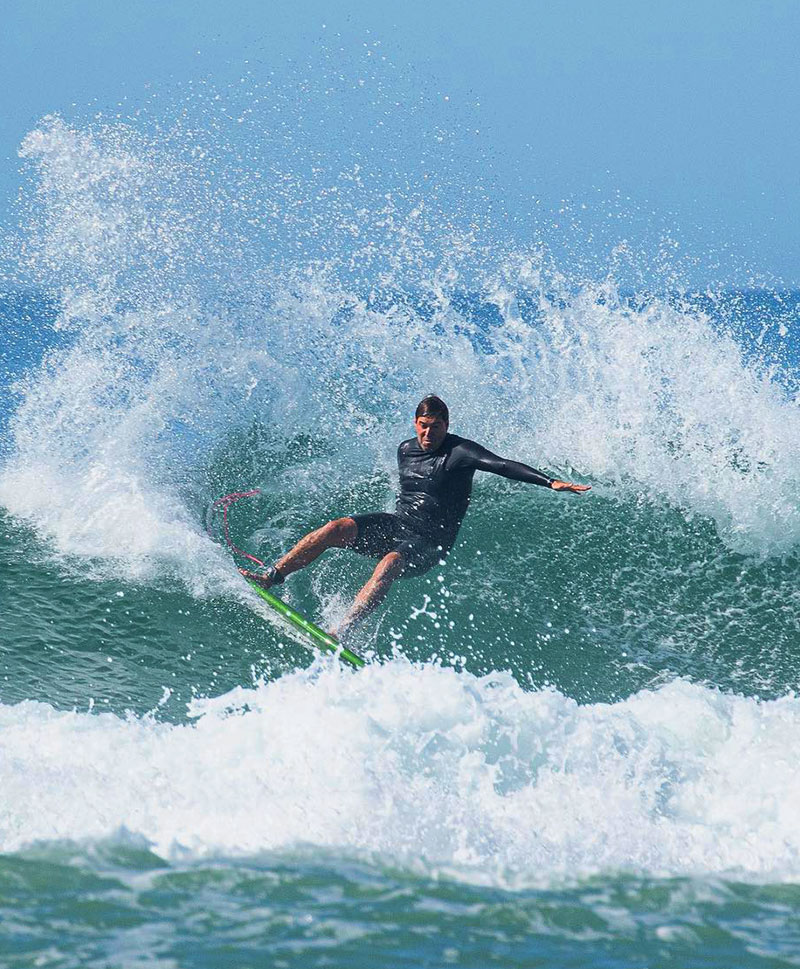 In 1998 he traveled to the USA, as a 17 year old, where he competed in the US Open of Longboarding in Huntington California, and made it into the final. This made him one of only two international competitors to make it to the finals, which he repeated a few years later. Josh success in the states skyrocketed when he became one of few international surfers ever to make the prestigious cover of Longboard Magazine in the United States.

By 2006, Josh had cemented his dominance in the world stage of competitive longboarding. He made history by winning the ASP World Longboard Title, placing his name alongside the legendary Nat Young, Joel Tudor, Bonga Perkins and other greats as winners of this most prestigious title. In doing so he was named by Longboard Magazine in the US, as one of the most influential surfers of the past 15 years. These achievements gave him the reputation globally as the 'one' & he set about redefining the sport of competitive high performance longboarding.

Josh, also made history by winning the first ever Australian Stand Up Paddle Title in 2009, only highlighting his ability to excel in all kinds of watercraft. Then in 2016 Josh went on to win yet another Australian Open Longboard Title, giving him 6 in his career, thus making him the only surfer in the history of Australian Longboarding to accomplish that feat.

2011 saw Josh claim the Hyundai Pro Longboard Title in New Zealand, after winning an unprecedented 3 out of 4 events. He became the first international surfer to ever win this series. He then backed it up by winning the ASP Australasian Longboard Tour for the second consecutive year.

He was nominated 6 times as Sports Star of the Year, which Josh claimed in 2006, beating recognised athletes from a diverse range of sports who had competed at Olympic & World Championship level. His name now sits alongside the likes of Julian Wilson, Pat Rafter, Dean & Darren Mercer, Lisa Curry, Craig Lowndes as QLD titleholders. Then in 2015 he was inducted into the Sunshine Coast Sports Hall of Fame.

After achieving all the success, racking up an amazing 51 career titles, Josh has decided to slow down his competitive goals over the past 4 years, seeking only to compete in specialty events without the full time grind of the tour that has encompassed the past 18 years of his life. This has enabled him to reignite the stoke of riding and exploring all kinds of crafts. As a professional surfer he had always been hands on with the design of his boards he competed on and collaborated closely with his shapers constantly trying to make and perfect the perfect board. This has always been an obsession of Josh's that kept him always exploring all the possibilities to make the boards under his feet work better in all kinds of conditions. This passion has translated into his surfboard label Creative Army Surfboards by Josh Constable, which has been his focus for the past 4 year. It was a natural progression for Josh to start making his own boards and his label is a real kaleidoscope of his competitive days on tour and the waves he grew up playing in and riding at noosa!

4th US Open of Surfing, USA